The 2005 Atlantic hurricane season was perhaps the most damaging ever. Due to the intensity and resulting damage, five names were retired: Dennis, Katrina, Rita, Stan, and Wilma. It was the first season to end with names well into the Greek alphabet (in January!). The cost of the 2005 season was estimated at $128 billion. The 2008 season was also active, with retired hurricane names Gustav, Ike, and Paloma. The damage to GOM assets was extensive. Several platforms were completely lost (mini-TLP Typhoon) and hundreds were damaged. Of particular concern was the observed significant wave height during these large storms. Waves were breaking over the cellar decks and damaging the support structure. After the storm, cellar deck support beams on many platforms exhibited damage from these large waves. 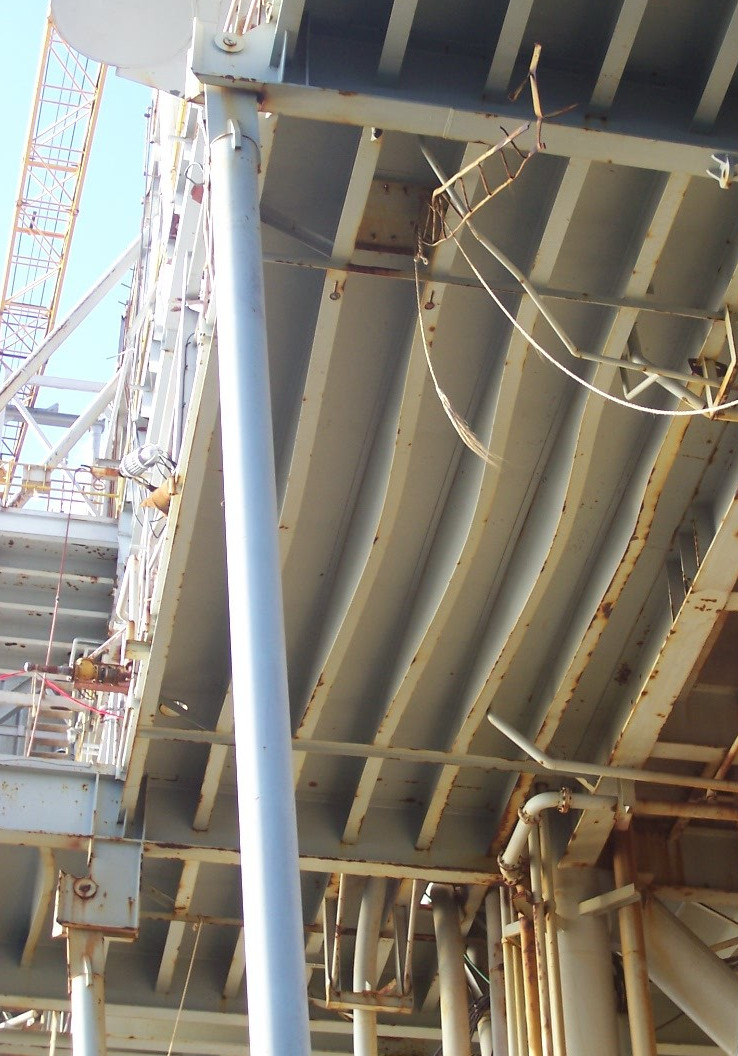 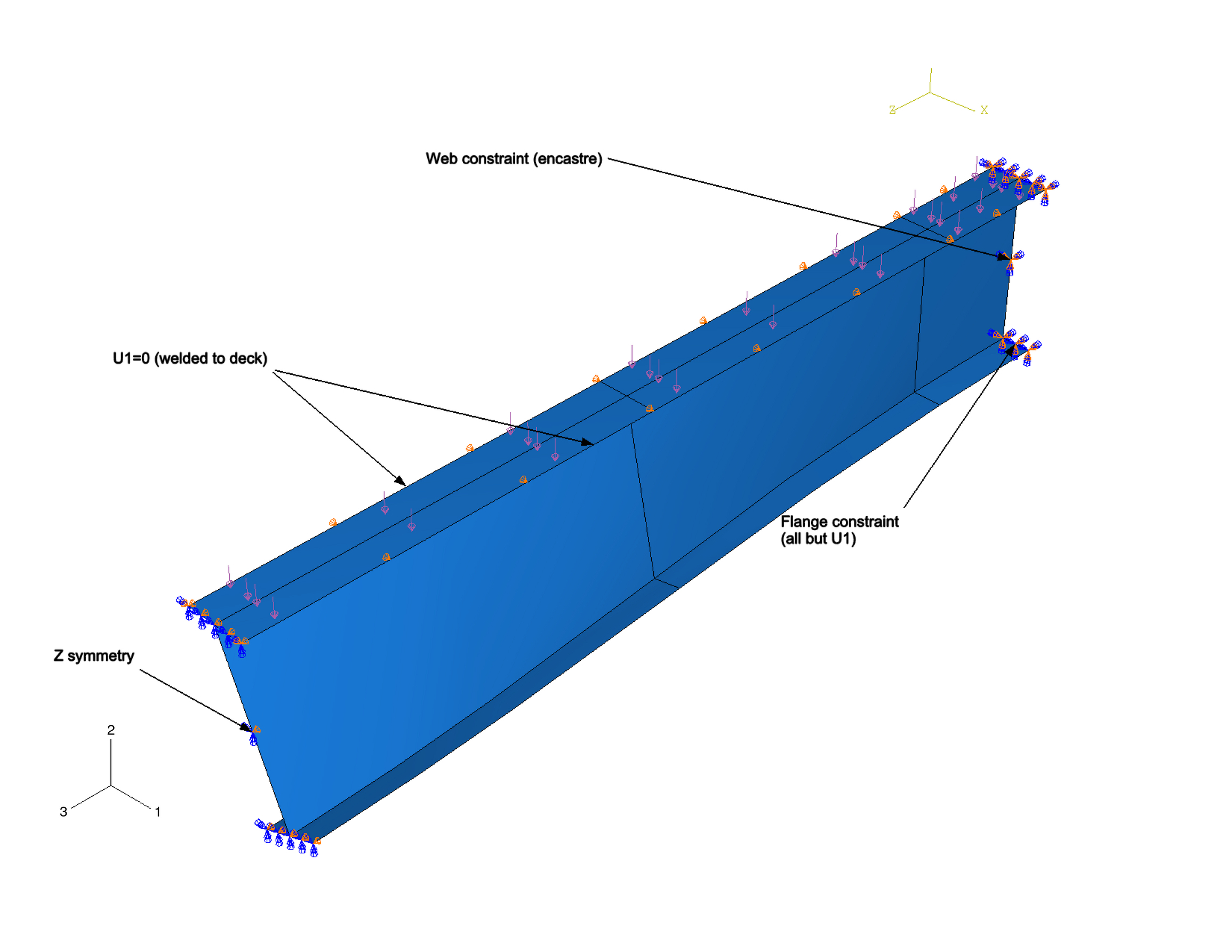 Our client wished to determine the residual capacity of the cellar deck support beams. Several options were available depending on the installed equipment and design loading on the cellar deck. If the residual capacity of the bent beam was shown to be sufficient according to code, then no repair was necessary. Otherwise, the beams would need to be replaced. We built finite element models of the beam corresponding to the surveyed damage.

We found that even with significant deformation of the lower flange of the support beams, some of the beams retained upwards of 90% of the undeformed capacity. 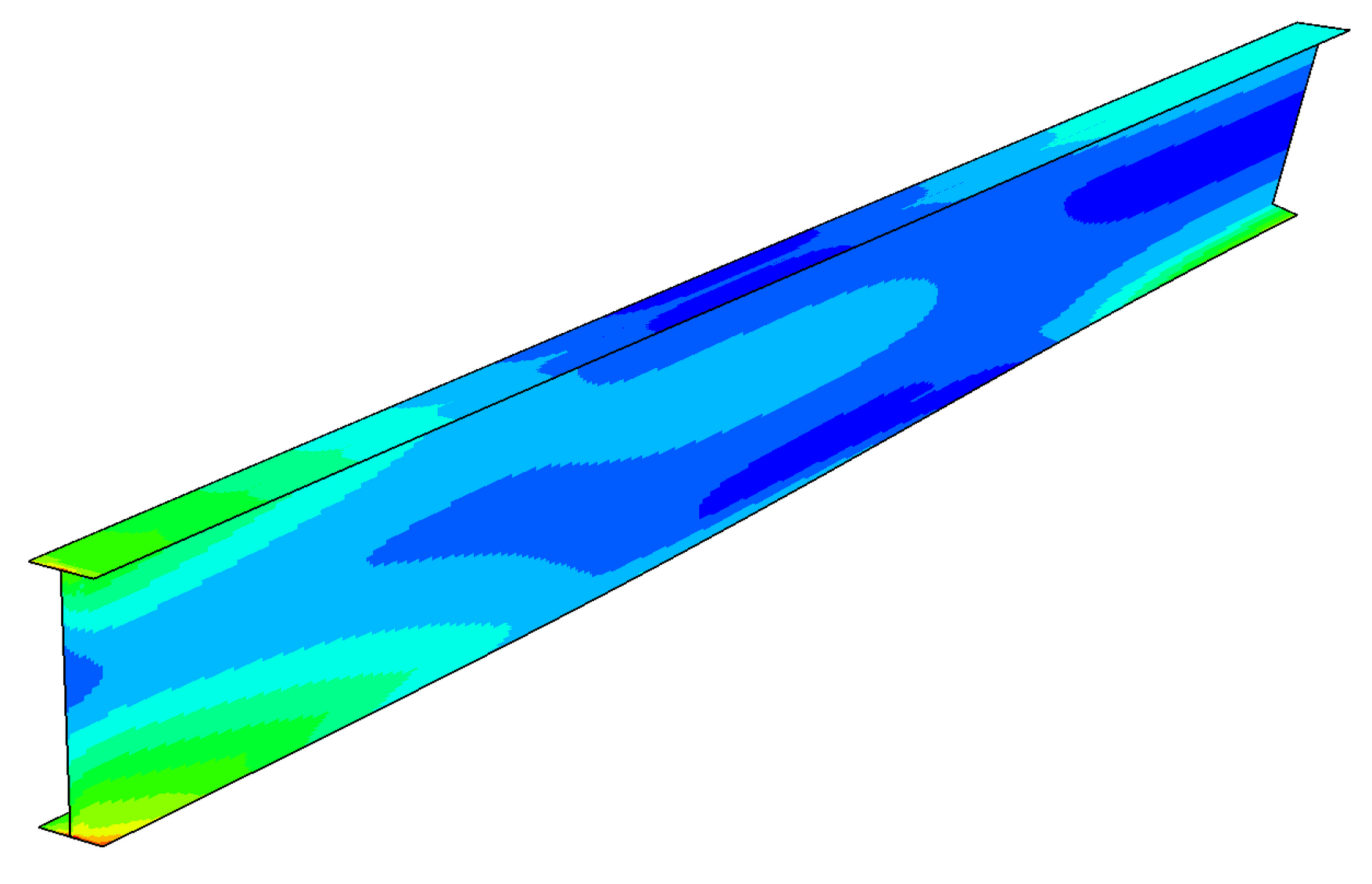